Home | About | News & Events | Frank Nissel, Pioneer of Sheet Extrusion and Co-founder of Welex, Dies at 88

Frank Nissel, pioneer of sheet extrusion and co-founder of Welex, dies at 88

Frank Nissel, pioneer of sheet extrusion and co-founder of Welex, dies at 88 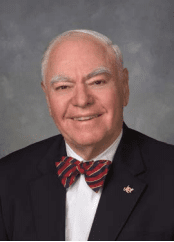 Frank Nissel, whose name and Welex brand are synonymous with plastic sheet extrusion worldwide, passed away today after a brief illness.

Nissel co-founded Welex in 1966 and retired in 2010. Welex is now part of Graham Engineering Corporation and remains the global standard in sheet extrusion systems.

In a career that began in 1946, Nissel was responsible for technical innovations that have made sheet extrusion among the most precisely controlled plastics processes. He was awarded patents in the US and 13 foreign countries and authored over 50 technical articles and papers for innovations in extrusion and coextrusion processing, barrier packaging, die design, and calendering.

Nissel was an internationally-minded business leader who spoke five languages. His collaboration on coextrusion with leading packaging producers in Europe and Japan led to its prevalence in those markets and ultimately to the US, where, in the mid-1970s, production of the now famous 4-layer, 2-color party began using Welex equipment. Similarly, collaboration in Japan with a pioneering EVOH barrier packaging producer resulted in innovations that made their way to the US in the early 1980s, when the first successful barrier container was produced.

Born in Germany in 1926, Nissel left with his family for Egypt during the Hitler era. In Egypt he was educated at the American in Cairo. He went on to earn his MSc in chemical engineering at Virginia Tech in 1946 and began his plastics career at Bakelite Corporation (Union Carbide) in vinyl calendering development. In 1956 he left Union Carbide to help found Prodex Corporation and, when it was sold in 1966, formed Welex with the late Jack Hendrickson.

Frank Nissel received the SPE Extrusion Division Distinguished Service Award in 1992, became an SPE Fellow in 1993, and in 1995 received the SPE International Award in Business Management. He was inducted into the Plastics Hall of Fame in 2000.

“We are saddened by Frank’s passing and, along with the industry, are grateful for his many contributions,” said Graham Engineering Corporation president and CEO David Schroeder. “He was part of the industry’s greatest generation, and his legacy lives on in Welex solutions installed in more than 3,000 customer locations in 69 countries. Today the extrusion systems that Frank Nissel pioneered are manufacturing high quality plastic sheet for products used everywhere, by everyone, every day.”

The Graham Group acquired majority interest in American Kuhne in 2012, followed by Graham Engineering Corporation’s acquisition of Welex in June 2013. Together, Graham Engineering Corporation, American Kuhne, and Welex create a convergence of leading technologies, people, and capabilities in extrusion. Graham is a privately held company headquartered in York, Pennsylvania, USA.

Welex is the global standard in high performance sheet extrusion solutions, with over four decades of leadership. Welex solutions are installed in more than 3,000 customer locations in 69 countries. The company’s innovations include co-extrusion and multi-layer methods that lead the industry as well as dozens of barrier lines installed globally. Visit www.welex.com.